Maricopa County Island, what is it?

County Island…..it may sound somewhat exotic, yet, it really isn’t. In Maricopa County, it is possible there may be some palm trees, it is not likely there will be clear blue water lapping up on the sand. After all, this is the desert! So how is it we have islands?

What is a County Island in the Phoenix area?

In the last 100 years, Phoenix has had phenomenal growth and the Phoenix area has had a plethora of farmland and open desert ready to be developed. These large areas of land often included areas of exclusion. As the city completely surrounded these unincorporated, excluded areas they became known as a county island. Many of these county islands have a farm feel to them but not all of them. Sun City and Sun City West are known to be a county island as well as Sun Lakes.

If a home owner lives in an unincorporated area or a county island, they are often responsible to pay separately for their city services such as trash, septic, fire protection and water. In other words, these items are not supplied by the surrounding city. Homeowners often have to pay a subscription fee to Rural Metro Fire Department in order to have fire coverage.

As I said, my personal home was annexed and it is much easier to annex the desert when there are no existing homes. It can cause problems and take a lot of time to annex a county island after the fact.

The good news is, a county island in Arizona can be a great thing for horse property owners! In Arizona there are a lot of different areas that have horse properties available to home buyers. These horse properties are scattered all over the Valley and many are considered to be located in County Islands.

Often a County Island is something people have heard of, except they really don’t know what it is. We hope to address that here so you know exactly what a County Island is and you understand what it means to you as an Arizona Horse property buyer.

Most of Phoenix is located in Maricopa County. It is one of the largest counties in the United States. Many times a home can be located in “Gilbert” or “Chandler” by address and not really be part of the city. My personal residence is in Gilbert and used to be considered a county island and a few years later, the Town of Gilbert annexed us. Now we enjoy Gilbert city services such as bulk trash and regular trash pickup. 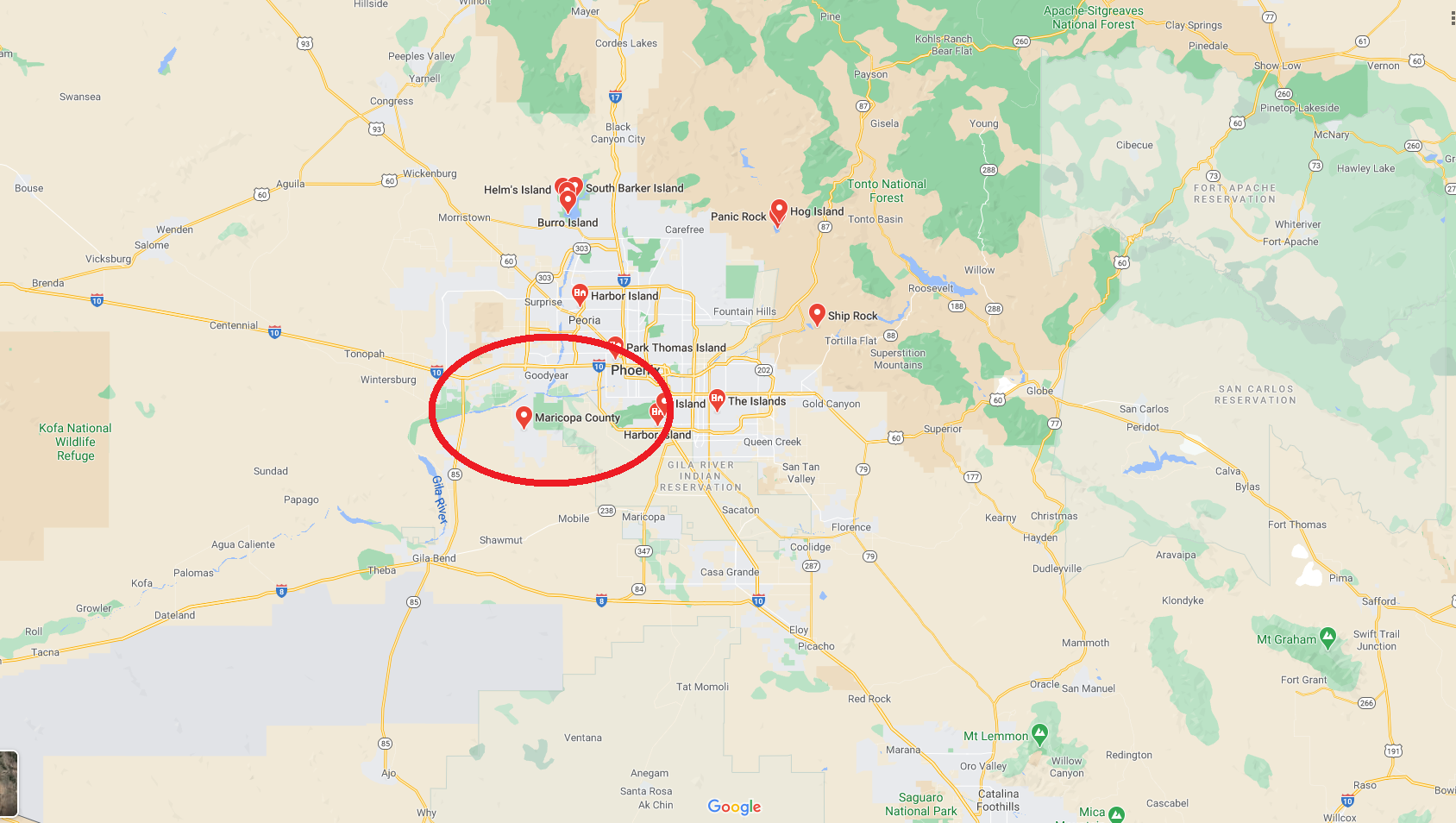 Why wouldn’t a property owner of a county island want to be annexed?

My home was personally annexed into Gilbert a few years ago and many of our neighbors fought the annexation. Personally, I am happy about it as we now have greater services such as bulk trash and regular trash pickup. Gilbert also has a recycling program and will bring a free recycling bin to your home for you to use. Some of the homeowners have been forced to clean up their properties a bit. The rural life is still at it’s best and for the most part there are very few restrictions on homeowners…only severe violations were forced to clean up. I see this as a good things. Another reason property owners may not want to be annexed from a county island is they would have to pay higher real estate taxes. Lastly, some homeowners were concerned about more government control in the neighborhood. As I stated, there has been some neighbors who were made to clean up….for the most part, it still has the county island feel to it.

Where are the County Islands in Maricopa County?

There are many county islands in Maricopa County. These county islands are scattered throughout the city and some even have names such as Tonopah, Sun Lakes, Rio Verde, New River and Sun City. Some of these areas are rural and some are not.

Yes. You can log in to the Arizona MLS and search by any criteria. Including the county island.

Is my County Island part of a School District?

For more information on the county island in Maricopa County, you can contact the city or county.

City of Mesa and County Islands

Here are some helpful maps that also show county islands in Maricopa. The county islands are in light gray background and you will see that there are many areas of East Mesa that have not been annexed. You can type any address in the box on the top right to see if your home is in a county island or not. If it is in the county island, it will show Maricopa County and say no city services. 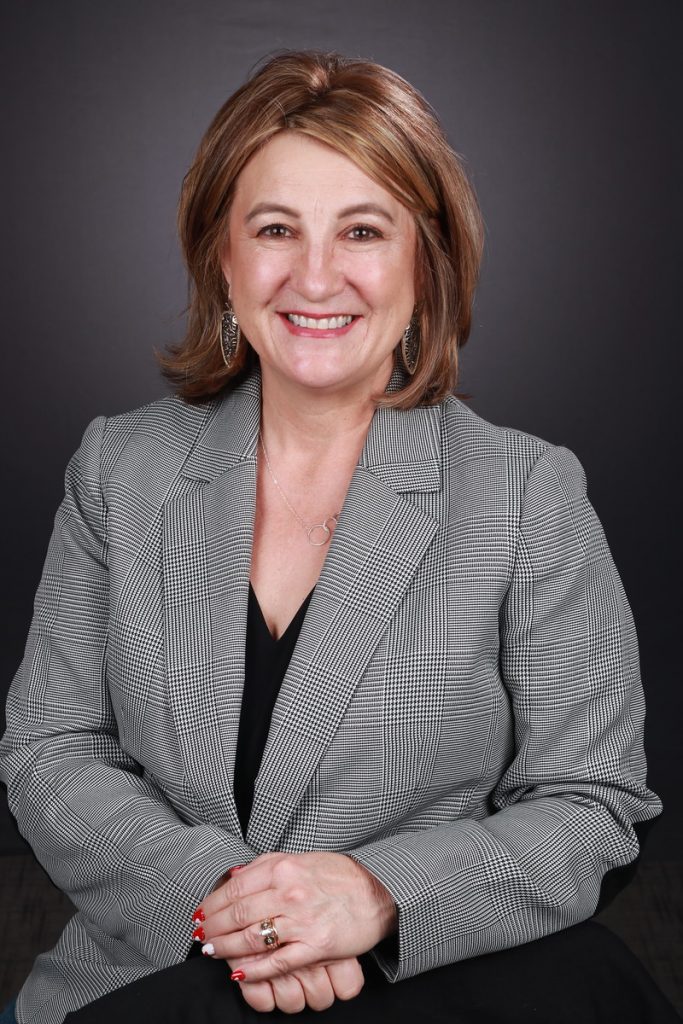 Michelle Shelton is the owner and Designated Broker of Life Real Estate. She is the 2020 Vice-Chair and 2019 Treasurer of the Arizona Regional Multiple Listing Service (ARMLS) and serves on the Board of Directors with Arizona Association of REALTORS® as well as West and Southeast REALTORS® of the Valley. Michelle is also on the Rules Committee at ARMLS and serves on various task forces for ARMLS. As treasurer, she was the 2019 Chair of the Audit Committee. Michelle is active in raising the bar in the real estate industry as a whole. She has a passion for people and the rights of homeowners.
Michelle is a top producing REALTOR® in the state of Arizona.

As a Public Speaker and Writer, she has written for various magazine and trade publications and speaks Nationwide regarding the loss of her son, grief, and emotional health.

She is a Certified Negotiations Expert, Master Practitioner of NLP, and has attended Accredited Buyer classes and is a real estate instructor with Internal Dynamics Real Estate School.

Michelle enjoys time with her husband and family, Farm animals, writing, gardening, reading, and is a huge fan of personal growth.

Michelle corresponded with us via email for a whole year before we moved here to Arizona. She also found a boarding facility for our horses nearby. Then she negotiated a sweet deal on our new home and made us feel as though we had been friends forever. Thanks Michelle for making our dreams of relocating to Arizona a wonderful reality :)
Don, Reggie, JR and MidnightPeoria Homebuyers

My husband and I have been buying and selling homes for decades and this was the best experience by far that we have ever had with an agent. She consistently demonstrated exceptional interpersonal skills. Her team was equally polished, polite, friendly, professional and efficient. Customer focus was her highest priority always. We ran into a few challenging potential buyers and Michele handled the situations with the skill of a maestro. Any obstacles were energetically overcome through creative resolution skills so that everyone’s needs were satisfied. One example of Michele’s desire to exceed our expectations was through the creation of a comprehensive packet for the appraiser including all upgrades since the sales price significantly exceeded the list price and was higher than local square foot prices. This was the extra effort that secured the deal. We were told by others that we wouldn’t get our price but Michele gave it her all. The drone videos and the gorgeous photos made our home look like a zillion. We noticed that the team seemed to be running on rocket fuel. Where did the energy come from? She had the endurance of a honey badger. Integrity was a top priority and she was extremely well educated in the sometimes tedious legal aspects. She’s a mentor in the industry which gives us hope for the future generations.
Carol FranzaGilbert Home Seller

Today we close!! Who would have thought the process would have gone so smooth, without hiccups, surprises or stressors. All the while selling for $50K more than our expected price. This was all possible because of the sales team of Michelle and Emma Shelton. Not only were they professional, thorough, knowledgeable and responsive, but, they were also friendly, good humored, and diplomatic. I would very highly recommend them. Thanks Shelton team, well done !!!
G SchoberScottsdale Home Seller 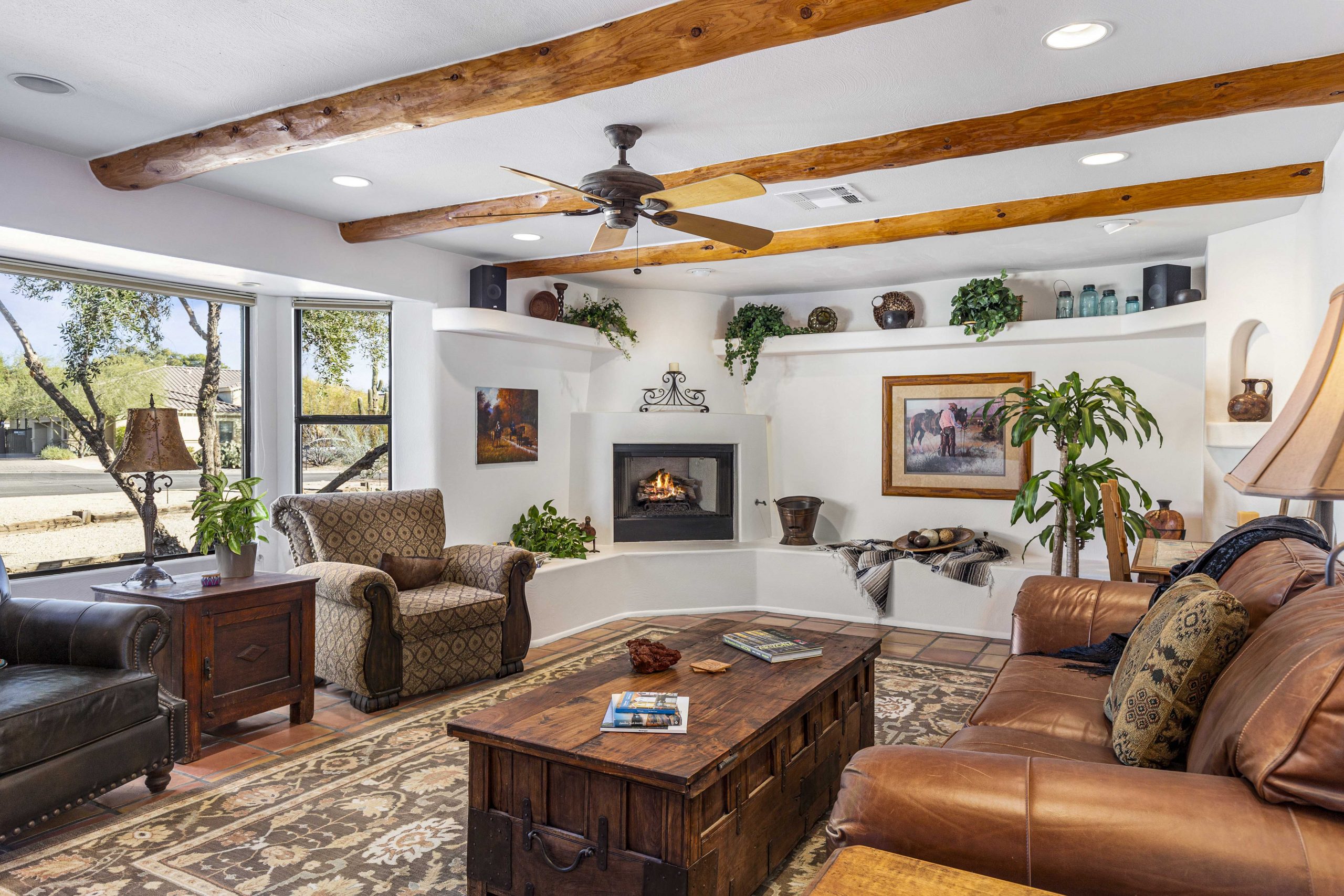 Michelle and Emma Shelton are impressive real estate professionals and they made the home selling and buying process so much more manageable for us! We are thrilled with everything that they did for us and we could not be happier. We seriously cannot point to one mistake or glitch in the two major transactions they handled for us. They listed and sold our home of 24 years and helped us find our new home. We greatly underestimated the amount of work and knowledge involved in real estate transactions. Fortunately, we had Michelle and Emma to lead us through every step of both transactions. They answered every question thoroughly and with great knowledge, they were creative and thoughtful in addressing issues, they were always available to us and constantly communicating with us. We were never left wondering what was happening or what would happen next. They showed us several homes and they were objective and patient and never pressured us to make an offer on a house. They waited until they knew we had found the house that would be our new home and then they did everything to make it happen. Based on their expertise and knowledge of the real estate market, we sold our home for much more money than we expected (10s of 1,000s of $$$ more). They knew how to list our house, with beautiful photographs, to show it at its best. Even after the transactions were complete, they have kept in touch and followed up to make sure we are happy with everything. They are amazing. You cannot go wrong with Team Shelton!
TBChandler Home Seller and Ahwatukee Home Buyer 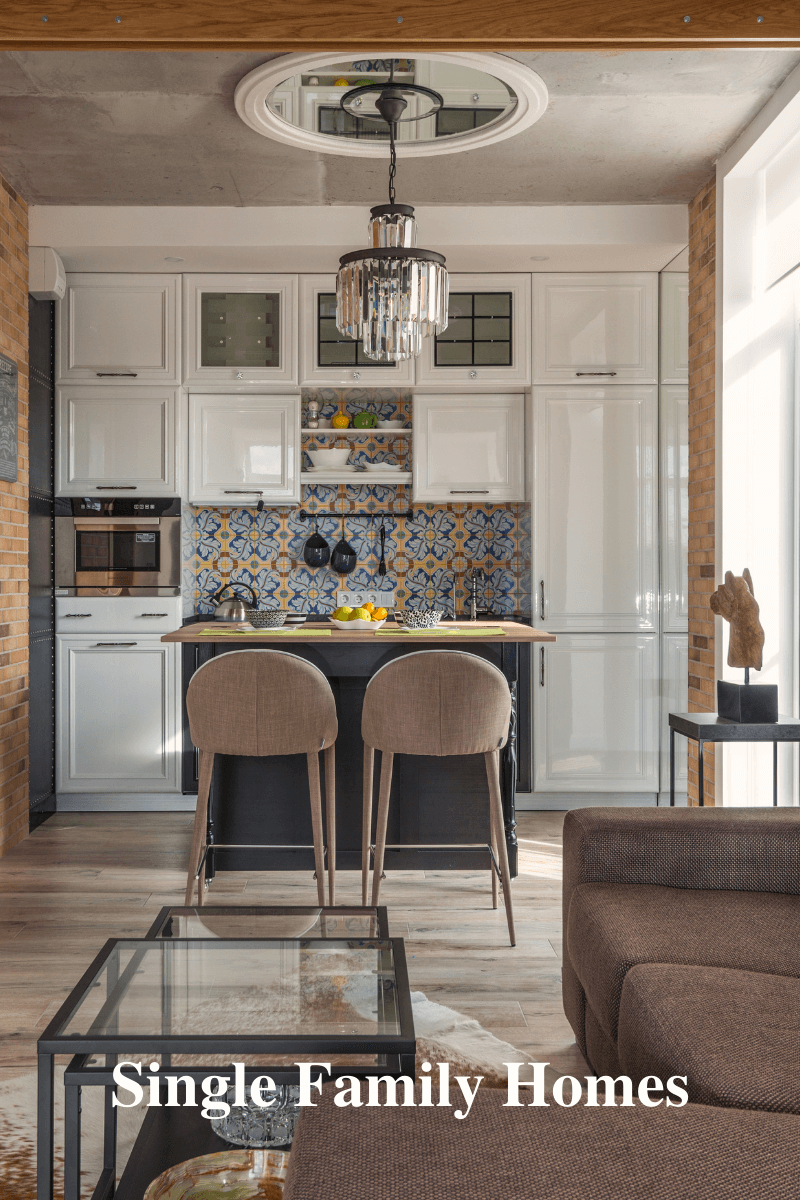 Michelle did an exceptional job of helping me sell my home. She directed me on things to be done to increase the buyer appeal and value. When we had multiple offers, she used her experience to help me get the maximum sales price. I very much appreciated her constant updates throughout the selling process. Michelle is a wonderful real estate professional. I highly recommend her.
John OttoGilbert Home Seller

Michelle and Emma Shelton are the very best of the best when it comes to realtors. They are super knowledgeable, friendly, they communicate very well, and are extremely professional. It was so great getting to know them and work with them on finding our new home. I couldn't have asked for a better experience with them. If you are looking to buy or sell a home they are the realtors you want to work with.
ColettaQueen Creek Home Buyers
Previous
Next
error: Content is protected !!
Scroll to Top